A downloadable game for Windows, macOS, and Linux

As a private investigator you’ve always been interested in two things: solving mysteries, and kissing hot older women. Now you’re on a train with as many mysteries as there are hot older women. Are you in paradise? Well, that’s going to be up to you.

Choose one of three women to spend time with on the train, each of whom is deeply embroiled her own mystery. Flirt and investigate through dialogue options and observation in order to solve your chosen woman’s mystery and find your way into her heart. Love on the Peacock Express features three possible romance routes, each with two unique endings.

All game proceeds are donated to Planned Parenthood and a Puerto Rican relief organization.

Experiencing bugs? Have feedback for the game? For the fastest response, please email us at: trainmilfsgame@gmail.com

I love all the characters; not gonna lie, they’re hot. My favourite romance is Salt-n-Pepper Butch/Vic, but my favourite story is the Conductor’s.

I’d love a sequel! My only complaint is that the music is a bit annoying and gave me a headache.

So fun! Loved this!

i downloaded this not knowing what to expect,, and wow!! i was enamoured!! finished the four routes and i loved each of the unique storylines!! this is so great <3

I was in no way expecting to enjoy this nearly as much as I did. At first I thought it would be a normal dating sim that I'd get bored of after 15 min with too much pointless dialogue and vapid characters. But no, I've played all the endings and my god it was funny, engaging, and entertaining. Overall wonderful game!

Seems like as a short dating simulator, where you investigate the case each women has to get a kiss. At first it felt a bit odd that a dating-sim kind of game focused more on puzzling it out than creating emotions through dialogue.

I was hesitant at first but after exploring more, it definitely kept me on my toes, creating a great pay-off towards the end. I was not expecting that! Turns out I really enjoyed the story :D

I've been meaning to give this a try since J does so much for the game jam community, and I'm glad I did!

The opening lounge music was immediately relaxing and set the mood quite well. The romantic were cleverly introduced one by one via lining up to board a train, and through a brief, enlightening scene with the conductor. It was a lot more character and context than most dating sims provide before pushing the player to make a choice.

You know? This is my first Yuri game, and (perhaps unfortunately) it's really set the bar. Only Cassandra caught my eye at first, but soon just about every woman had me in the palm of her hand. I felt like the MC -- eager to talk, happy to be there, and ready to learn their life story. Every character  was well-developed and realistic, even reminding me of some older folks I know in real life. The only exception is perhaps the conductor -- who has less screen time even including her secret route. Since she chooses to maintain her sense of mystery, it's understandable that I came to be better acquainted with everyone else.

The MC is adorable by the way. Her sprite with the sparkling sunglasses does so much to delight me. I love the delicate balance of how she ogles the love interests, without being as outwardly thirsty as most dating game protagonists (unless I overtly choose to thirst). The writing makes it clear that she's gay through context and perspective, without needing to say it outright. (...She does say it outright in the ending with Iris, but I understand that's just a Thing People Say. :^) )

The journal is deeply charming, and motivated me to earn all the CGs in a single setting. And the TRAIN ATL where you guys coded the background to bounce, emulating a moving train!

The game is short and sweet, and very well-organized. The mysteries were straightforward, but I found them engaging enough for casual gaming. I'm getting the development PDF right now. The train milfs team has done plenty to inspire me, and wherever its members go in the future, I hope they keep making games.

This is amazing! I wasn't expecting it to be as captivating as it was but I was presently surprised. There were small plot twists that kept me focused on the storyline. It's more than a lot of other lesbian/wlw sims out there, I loved it. 11/10 would recommend.

if i'm being honest, this is the first time a dating sim has made me feel so giddy. the cast are all real charmers! and it's amazing to see a "yuri" game that has more to do with lesbian culture than just two anime girls kissing. i absolutely adored this project, and i'll definitely be looking out for future projects from members of the dev team. thank you all so much for taking the time to make such a lovely game!

Enjoyed this a lot. The writing is solid and the story was nice and sweet, and a little bit sexy. Only played 1 story arc but enjoyed all the story beats and dialogue. Will continue with the others to see how the other 2 shape up. My wife and I played this together as part of our Date Nite series and both of us had a great time. Thank you for making this game

Was put off at first, and I only like one of the characters, but damn, was that one story line a good one.

Mysteries? PI? Women? I admit, I was hooked immediately. Even the name of the game is amazing. To start off, I'm impressed by the work put into this. It's extremely fun, the artwork is elegant and bold. I liked the short mysteries and how everyone's story tied together at the end. My personal favorite was Cassandra's route. And yeah, bits and pieces are predictable and it is on the short side, but it's totally worth playing through!

Fun to play. Cassandra arc reminded me of Mirandy which is a favorite ship of mine :)

SAME. THE WHOLE REASON I PLAYED THE GAME.

I had fun! Was pretty fun to play and learn all about these stories. Amazing art!

played through all of the routes and was quite severely underwhelmed unfortunately. the writing fell flat most of the time, and when you expect everything to get more exciting, it just ends with a kiss and implied banging. it felt just like flat plot points that were easily predictable and not at all exciting or all that enjoyable. the art, however, was incredible. some remarkable artists on the team! it was an okay game, just felt that it was lacking quite often.
ps: marketed as a mystery game but no real mysteries, considering the game kind of gives the answers to you so easily that you end up suspecting something even cooler when its really just what you'd expect

and I found it suprisingly great. Don't get me wrong but I wasn't sure will I like this topic.

Anyway I like the art style but it's easy to find different artist done every part of it. But it's not defect. It kinda gives game very original style. And of course composer done good job too.

It's a bit short even for visual novel but also very replayable too.

Amazing game! As a lesbian who loves older women this was so much fun <3 The writing, story line, and characters were all amazingly designed. I just wish there was a conductor route. Nonetheless it was really good! Thank you for making this!!

Ik you left this comment a while ago, but there is a conductor route!! its v interesting but kind of hard to find. Good luck!

Love this game so much! Like older people don't get like any representation so this was a breath of fresh air. The story, the mystery, the writing, the characters all wonderful. Nice work <3 I hope you guys make more games.

absolutely incredible! the portrayal of older women being so unashamedly loving and romantic is so rare (esp lgbt women) and so lovely n refreshing. the stories were all very interesting! i love the mystery genre, esp train mysteries, and this felt like a breath of fresh air to the cliches. thank you all so much for making this game! i know this team was put together for the game jam, but are any of you planning on making other games? if so, where may i find them?

just wanted to say, i really, really enjoyed this, u did a great job on it and even tho it stands on its own very well, its also very good for unapologeticaly portraying older women as charming, attractive, and desirable, and u did that without calling attention to it but just having the young detective naturally be drawn to the women, great job with that!!!

i read in the comments that this team was only made for this project, too bad, id love to see more games from this team in the future, but hopefully u will all go on to more great projects on ur own. i really hope to see more yuri works with younger and older women together like this from u in the future!

Thank you so much! That was our goal. While we won't be creating any more games with this large team, many of us are working on other games, comics, stories, and other media with queer themes and older women.

I played this whole game in one go because I was having so much fun using my powers of deduction to flirt with attractive ladies! I hope this team continues making games in the future, because some kind of sequel that expands on the more spoilery stuff in the end would be great to see!

That's awesome to hear! We're glad you enjoyed it! Unfortunately, our team was formed just for making a self-contained mom dating sim for Yuri Game Jam this year. While we don't have plans to expand on this game, we will be releasing an artbook/development PDF in the near future! Keep an eye out for it :9

I definitely will! Looking forward to it!

I recently came out as a lesbian,  so seeing this going around my tumblr dash was so exciting! Of course I had to buy it and make an account to leave my love to the production team! Thank you for writing such cute lesbian romances, especially with older women being seen as desirable and sexy!

First: Congratulations!! We're so happy for you! :D

Secondly: We're glad you enjoyed the game! That was our goal :3c

This was a very charming game! And I'm pretty sure it's the first one in which I've been able to date women older than like... possibly 30, but even that might be a high estimate, so that was wonderful as well.  What a delightful way to spend a few hours.

(WAIT I just remembered there are older women in Mermaid Splash! Passion Festival. Still, having an entire game dedicated to older women is a real treat!)

Thank you! Also yes, that was the goal!

Loved it so much! Played it non stop until I finished each of the women

I enjoyed it quite a bit. I'm curious, is one of the ends bad and the other good?

Each route has a romantic end and a platonic end, depending on your choices.

This was amazing and I'm so happy I got to play it!  Vic was hands down my favorite <3

Thank you so much! We're glad you liked it! 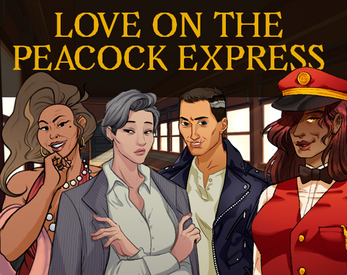 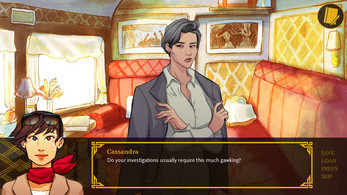 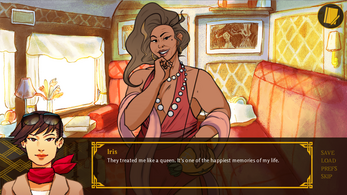 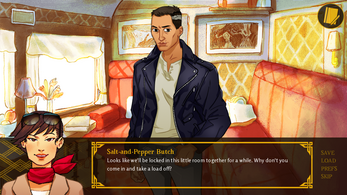 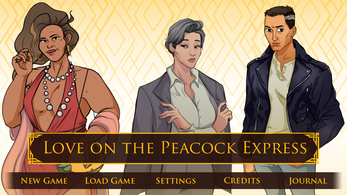